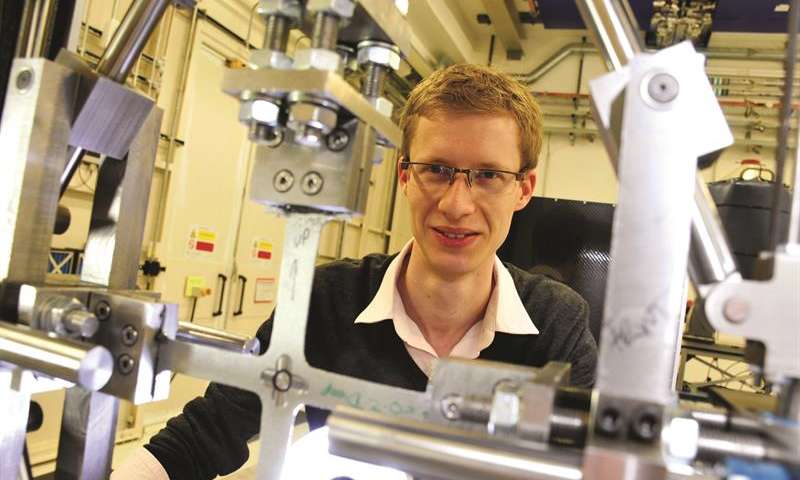 David graduated with a MEng in Aerospace Materials from Imperial College London in 2008. His final year research project, supervised by David Dye and Richard Dashwood, was in the ‘Observation of in situ variant selection using synchrotron X-ray radiation of near equiatomic NiTi’. He completed his PhD at Pembroke College, University of Cambridge, working in the Rolls-Royce UTC in the Department of Materials Science & Metallurgy under the supervision of Howard Stone. His thesis, entitled ‘Modelling and characterisation of precipitation and properties in a polycrystalline nickel-based superalloy’ was awarded in 2012.

From 2012, David joined the Department of Materials at the University of Oxford to work on an EPSRC funded project of ‘Strain path effects on forming of automotive steels’, primarily working with Angus Wilkinson, Richard Todd and Fionn Dunne. During this project, he was the PI of 6 beam time experiments, leading to key experiments at ISIS & Diamond. Notably, he designed and built a bespoke biaxial loading system for in-situ diffraction experiments; a world first. This achievement led to a ‘Recognition of excellence award’ from University of Oxford (2015) and an ‘iCar Early Career Research Prize’ (2016). During his time at Oxford, David was also a Lecturer at St Anne’s College where he is still a tutor for Material Science.

David joined the School of Metallurgy & Materials, University of Birmingham as a Birmingham Fellow in 2017 to set up a new research group in advanced metal forming & processing.

An updated list of publications can be found here.