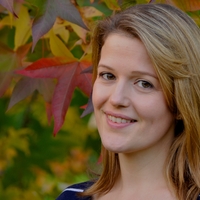 Alexandra is a lecturer at St Anne’s and St Hilda’s. She completed her undergraduate degree at Royal Holloway, an MSt and a DPhil in Musicology at Magdalen College, Oxford. Before joining St Anne’s in 2009, she taught at Worcester College, the University of Bristol, and Oxford Brookes University. She has a PG DipLATHE (Postgraduate Diploma in Teaching and Learning in Higher Education) from the Oxford Learning Institute.