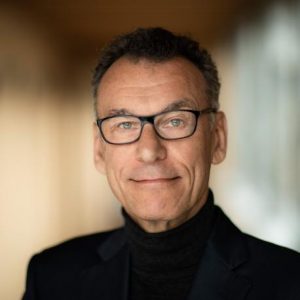 Bent Flyvbjerg is the first BT Professor and inaugural Chair of Major Programme Management at Saïd Business School and a Professorial Fellow of St Anne’s College.

He works for better management of megaprojects and cities. Bent also writes about the philosophy and methodology of social science.

Flyvbjerg is the most cited scholar in the world in megaproject management, and among the most cited in social science methodology. He is the author or editor of 10 books and more than 200 papers in professional journals and edited volumes. His publications have been translated into 20 languages.

Flyvbjerg serves as advisor and consultant to government and business, including the US and UK governments and several Fortune 500 companies. He is an external advisor to McKinsey and other consultancies. He has worked on some of the largest projects in the world, on all aspects from front-end planning, delivery, and rescue of failing projects.

Flyvbjerg’s research has been covered by Science, The New York Times, The New Yorker, The Wall Street Journal, The Economist, The Financial Times, China Daily, The BBC, CNN, Charlie Rose, and many other media. He is a frequent commentator in the news.

Flyvbjerg has received numerous honors and awards, including Harvard Business Review’s ‘Ideas Watch’ for the most important new idea to follow and the Project Management Institute’s and Project Management Journal’s ‘Paper of the Year Award.’ Flyvbjerg was twice a Fulbright Scholar and received a knighthood in 2002.

Bent testifies before the UK Parliament.

He teaches on the programme and supervises DPhil students in major programme management. He also teaches on the School’s executive education programmes and was instrumental in bringing the UK Cabinet Office’s Major Projects Leadership Academy to Oxford, teaching on this programme for leading civil servants.

Finally, Bent teaches on the School’s MBA programme and in the Blavatnik School of Government’s Master of Public Policy.

This is described in his books Making social science matter, Real social science: Applied phronesis and Rationality and power, and he has employed the methodology in studies of megaprojects and city management.

In 2005, Bent identified two main causes of misinformation in management and policy: strategic misrepresentation (deception) and optimism bias (delusion). Bent and his associates have developed methods to curb misinformation focused on improved accountability and reference class forecasting. The methods are being used in policy and practice; both in management and planning. In 2011, Daniel Kahneman, winner of the Nobel prize in economics and godfather of behavioural economics, singled out Bent’s research on reference class forecasting as ‘the single most important piece of advice regarding how to increase accuracy in forecasting’ (Thinking, Fast and Slow, p. 251).

Bent has lent his name to the so-called ‘Flyvbjerg Debate’, which is a debate over the role of social science in society in response to his book Making Social Science Matter. His research is widely cited in academia, policy, practice and media.

Find out more about Bent’s research.