We are very sad to share the news that our friend and colleague Geneviève Adams, Lecturer in French at St Anne’s for many years, has died.

Geneviève was a warm and wise tutor and colleague, and this news will be received with great sorrow by many, both at St Anne’s and at St Hugh’s, where she also taught. Our thoughts are with Geneviève’s family and friends.

Before she began her teaching career in Oxford, Geneviève worked as a schoolteacher, eventually becoming Head of Languages at Withington Girls’ School in Manchester. In 2004, Geneviève retired permanently from schoolteaching and decided to move back to Oxford. At this time, she returned to lecturing in French at St Hugh’s, and also began an academic career at St Anne’s which would last until her retirement in 2018.

In January 2019, Geneviève was honoured by the Prime Minister of France with the distinguished title of Chevalier dans l’Ordre des Palmes académiques for her ‘remarkable commitment to the service of education.’

Those of us who worked with her or were taught by her saw that commitment every day, not just in classes, but in the way she played such a large part in the camaraderie of modern languages at St Anne’s. She was passionate about culture and ideas, and her curiosity and enthusiasm were as much part of what she communicated as the French language and culture she loved. She was kind and humorous and supportive to students and colleagues alike, and we will miss her. 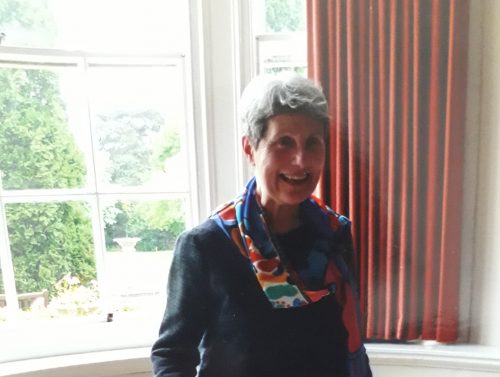