May is Mental Health Awareness Month in the UK. More specifically, this week, 2 – 9 May, is Maternal Mental Health Awareness Week. Within an already stigmatised and little-understood area, there is a particular lack of attention paid to maternal mental health issues such as postpartum depression (“PPD”). St Anne’s alumnus, Hamish Magoffin (MBA, 2010) has been working hard to change this.

Hamish has founded the Pranaiya and Arthur Magoffin Foundation (“PAM Foundation”) in memory of his wife and son, whom he lost in 2021 to postpartum depression. Hamish met Pranaiya, a St Hugh’s (MBA, 2010) whilst studying together at Oxford.  Pranaiya was an early promoter of social investing in Thailand, a big supporter of education locally and a philanthropist, particularly concerned with the lack of quality information available for expectant and new parents in Thailand. The aim of the PAM Foundation is to continue Pranaiya’s legacy of positive societal impact while addressing the condition from which she suffered.

Speaking about his reasons for founding the charity, Hamish said: “Mental Health in general has such a large stigma attached to it.  Postpartum/postnatal depression is a condition that affects as high as 1-in-6 mothers globally, and despite this it goes under-addressed generally due to the stigma and societal pressures that come with being a new parent.  It is a disease that needs to be treated very seriously, with more awareness created and resources allocated to help those families who are affected by it.”

Last month, Hamish did a mix of jogging and cycling (forced onto a bike after sustaining injuries) from John o’ Groats to Land’s End (“JOGLE”) to raise awareness of PPD, encouraging others to join in either virtually or in person. As part of this endeavour, Hamish covered the equivalent of two marathons a day for two weeks. You can read more about Hamish’s journey, and donate to the PAM Foundation, here: https://www.pamfoundation.org/

Hamish also gave an interview to Sky News in which he discusses the foundation, his motivation for founding it, and the story behind his JOGLE trek. You can watch this at the bottom of the page.

We hope you may feel encouraged to find out more about this overlooked issue and if you’d like to learn more about PPD please visit the PAM Foundation website.  Also, if you are moved to do so the PAM Foundation is welcoming donations during this Maternal Mental Health Awareness Week and beyond. 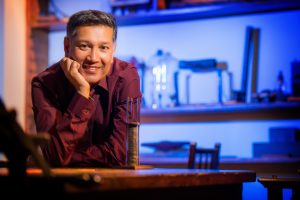 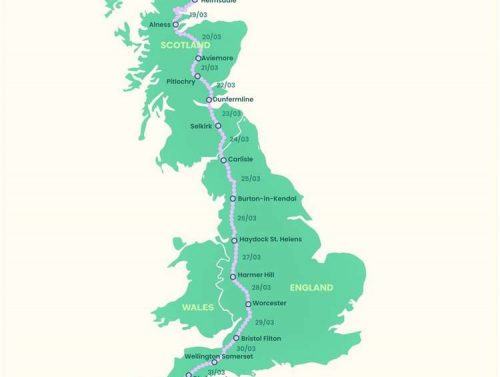