We are pleased to announce that Nancy Naomi Carlson is the winner of the Oxford-Weidenfeld Prize 2022, for her translation of Khal Torabully’s Cargo Hold of Stars: Coolitude (Seagull Books,  2021)

According to the publisher, “Deftly translated from the French by Nancy Naomi Carlson, Cargo Hold of Stars is the song of an uprooting, of the destruction and the reconstruction of the indentured labourer’s identity. But it also celebrates setting down roots, as it conjures an ideal homeland of fraternity and reconciliation in which bodies, memories, stories, and languages mingle—a compelling odyssey that ultimately defines the essence of humankind.”

‘Translator Nancy Naomi Carlson has made a mission of bringing to western eyes and ears the work of Francophone writers from the scattered lands once held as possessions by the nation of France . . . Torabully crafts images of the sea, replete with longing, to help the reader comprehend the depths of Coolitude — the experiences of these indentured workers, cast across the wide world and caught in a net of circumstance which insists they formulate new ways of existence while at the same time struggling to preserve their heart-links to distant homes. The result is frequently reminiscent of Saudade, the Portuguese concept which speaks of yearning, nostalgia for lost loves and lost places, often drawing on nautical imagery.’—Luther Jett, Beltway Poetry Quarterly

You can read more and buy the book here.

Congratulations to everyone involved! The Prize was awarded as part of our Oxford Translation Day celebrations, the first in person since before the pandemic. Please be sure to check out this year’s programme here to see what took place.

Stuart Bell’s translation of Bird Me by Édith Azam – French, the87 press

Sasha Dugdale’s translation of In Memory of Memory by Maria Stepanova – Russian, Fitzcarraldo 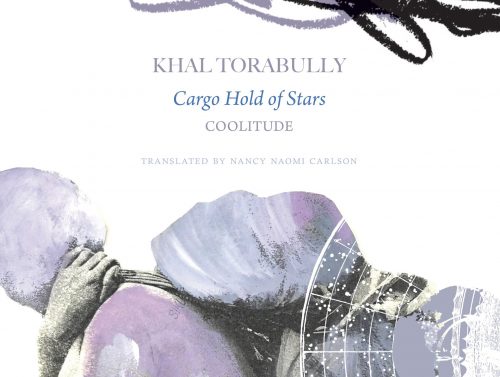