The Oxford-Weidenfeld Prize is for book-length literary translations into English from any living European language. It aims to honour the craft of translation and to recognise its cultural importance. It was founded by Lord Weidenfeld and is supported by New College, The Queen’s College, and St Anne’s College, Oxford.

The winner of this year’s Prize is Nichola Smalley for her translation of Andrzej Tichý’s Wretchedness (And Other Stories).

To accompany the award of the Prize, St Anne’s and Oxford Comparative Criticism and Translation Research Centre (OCCT) have uploaded videos in which the shortlisted translators discuss or read from their respective translations.

Here are the judges’ citations:

WINNER: Andrzej Tichý, Wretchedness, translated from Swedish by Nichola Smalley (And Other Stories)

The first of Andrzej Tichý’s novels to be translated from Swedish into English, Wretchedness begins with an encounter between a cellist and a homeless man who approaches him for money and cigarettes. A throwaway comment sparks a series of recollections from a youth spent in the economically deprived housing estates of Malmö and in underground clubs and warehouses from Hamburg to Glasgow. Opposing worlds collide and enmesh as the narrative interweaves memories of conversations between old friends over video games and at drug-fuelled parties and present-day discussions with colleagues about music theory on the way to a classical concert in Copenhagen. Nichola Smalley’s translation seamlessly negotiates the different voices and registers of this polyphonic narrative, maintaining a blistering intensity and dynamism from beginning to end. The eight paragraphs making up the novel echo the powerful vibrations and dense notes of the concert hall performance which threaten to overwhelm and consume the narrator in the build-up to the dramatic closing lines. The novel critiques academics and journalists who seek to represent the lives of those marginalised by society in their sanitised dark poetry – ‘gutter tourists, on the hunt for the next aesthetic wonder’ – and searches for a tone in which these experiences can be voiced.

A series of sentences perfectly snipped at their edges conjure the final days of the poet Osip Mandelstam in the Vladperpunkt transit camp, where he died aged 47. In Teresa Lavender Fagan’s translation of this poetic novella by Turkish-Lebanese writer Vénus Khoury-Ghata, each sentence is a crafted shock, savoured image, or moment of rage-filled absurdity. This work traces Mandelstam’s exhausted, pyretic thought as it ranges from his first days at Talmud school to the internal exile he endured with his wife Nadezhda. Read this book for a sharp angle on history.

This stunningly original novel is rightly being celebrated as a classic in a making. Set in a strict Christian community in the Dutch countryside, it is narrated by a young girl whose life is disrupted by her brother’s sudden death. Michele Hutchison’s seemingly effortless translation creates a distinct new voice for this narrator, naïve and profound, comic and tragic, violent and searingly beautiful. Obsessively descriptive and impressively unsettling, it is an unforgettable book.

Ulrike Almut Sandig, I Am a Field Full of Rapeseed, Give Cover to Deer and Shine Like Thirteen Oil Paintings Laid One on Top of the Other, translated from German by Karen Leeder (Seagull)

Karen Leeder’s translation of Ulrike Almut Sandig’s innovative 2016 poetry collection allows space for a startling variety of distinct speakers. Characters from Grimm fairy tales wait beside voices recognisable from present-day bus-stop and street. The fairy tale theme (wolves, Hansel and Gretel) runs throughout this collection, the first half of which deals boldly with conflict and war crimes in recent memory. Leeder shapes a polyphonic work where Fitcher’s bird bathes in honey before butchery and priests lift from the ground. The title of this book is a beauty in itself, making it an excellent clue to what lies within.

These curious (and often indeed ‘unsettling’) stories hook the reader in with deceptively light or simple beginnings, and go on to turn our certainties inside-out, often disturbingly. The translator has captured Nettel’s way of edging us into strange and increasingly alien territory by means of increments of almost deadpan prose. Every page is fresh, strange-familiar, and rendered with such clarity that Nettel’s dramas linger unsettlingly in the mind.

David Diop, At Night All Blood Is Black, translated from French by Anna Moschovakis (Pushkin)

This is a viscerally powerful book about the horrors of war, colonial racism, and the internal as well as the external violence they perpetrate. It explores WWI from an unfamiliar angle: that of soldiers from French colonies, in this case the Senegalese who fought in the French trenches. The narrative voice is fragmented, describing a present that is full of violent trauma and a past that is sundered, in language that is by turns violent and propulsive, and lyrical and vulnerable. The translator, Anna Moschovakis, has dealt magnificently with the huge challenges of maintaining the tempo as well as the transitions of the original French.

This stunning novel of subdued elegance was written by Esther Kinsky, herself a translator from English, Polish, and Russian. Subtitled A Field Novel, it consists of a series of beautifully crafted, fragmentary observations of Italian landscape and people, captured by an unnamed narrator mourning the death of her partner. Caroline Schmidt’s measured prose studiously recreates the intimacy, understated intensity of feeling, and crystalline precision of Kinsky’s German.

This classic novel by the writer and communist politician Graciliano Ramos is here translated anew. Padma Viswanathan has remade the first-person narrative of Ramos’s protagonist, Honório, in ways that feel immediate for all their distance in time and context: by turns frank and elusive, straightforward and elliptical, searching and humdrum, Honório’s voice in Viswanathan’s translation is perfectly sustained over all its meanderings. 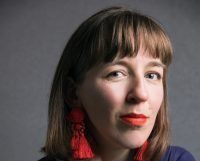