We are delighted to note that the “Prismatic Jane Eyre” project, led by St Anne’s Fellow, Professor Matthew Reynolds, has been featured in a long-read article in the American magazine Poets & Writers:

Prismatic Jane Eyre is part of a larger Prismatic Translation project, hosted by the Oxford Comparative Criticism and Translation Research Centre, whose scholarship revolves around a set of theoretical stances on translation: “Translation is creative, not mechanical; it is a matter of growth as much as, or more than, loss. Translators are writers. Languages are not separate boxes but are rather intermingled areas on the ever-shifting continuum of language variation.” This attitude departs from historically conventional perspectives of translators as secondary or unoriginal. It also rejects the notion that translation takes place between discretely bounded languages and suggests instead that those boundaries are fluid and permeable. Reynolds hopes Prismatic Jane Eyre will further advance these ideas. “One of the main ideas driving the project is that everyone reads differently, and uses language differently, and that those differences are interesting,” he says. “The key thing in thinking about translation is not to reify standardized national languages but rather to recognize the great variety of textures and structures that language is made up of and the variability of the terrain that translation works across.”

The full article can be read here.

Congratulations to all who contributed to this project! 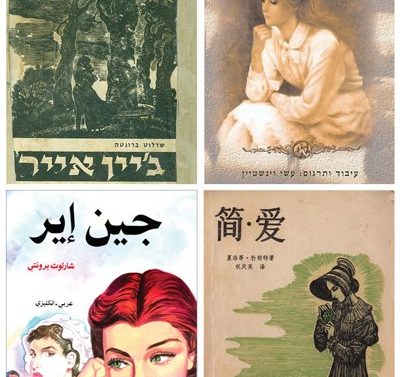