A ‘radical’ plan by three members of the same family to boost UK growth has been named as one of the first winners of the £100,000 Institute for Public Policy Research (IPPR) Economics Prize.

The inaugural IPPR prize was introduced to reward innovative ideas to reinvigorate the UK economy that force a ‘step change in the quality and quantity of the UK’s economic growth’.

Simon Szreter, Professor of History and Public Policy at the University of Cambridge and a Fellow of St John’s College; St Anne’s alumna Hilary Cooper, economics consultant, who is married to Professor Szreter; and their son Ben Szreter, chief executive of Cambridge United Community Trust, worked together on a detailed plan to enable faster UK growth by investing in generous and universal welfare provision. The trio shared the £100,000 first prize with the other joint winner – seven co-workers at the London Economics consultancy who argued that a ‘big push’ towards decentralisation would unlock prosperity around the UK.

Hilary Cooper said: “Our core idea is to incentivise a move to an ethical economic system – one based on mutual support where everyone has a stake in future well-being – as a solution to the economic and democratic problems we are now facing.

“To achieve this, welfare provision – including both its safety net and its directed investment in human capital – must be reconceptualised as a growth promoter not as merely a ‘tax burden’ on the productive economy.”

Stephanie Flanders, head of Bloombery Economics, chaired the panel of judges as they looked for the best answers to the question, “What would be your radical plan to force a step change in the quality and quantity of the UK’s economic growth?”

Following the financial crisis, the UK economy experienced the slowest recovery in the post-war era. In common with other advanced economies, the UK has had sluggish economic growth over the past decade. In the period since the crash, the UK growth rate has averaged 1.1 per cent compared to the long-run world average of 3.5 per cent: even if the growth rate doubled, it would still be nearly 40 per cent behind the world average.

The judges praised Szreter, Cooper and Szreter’s ‘radical’ historical, economic and community led policy solutions to the economic challenges faced by the UK.

They said: “The authors draw on a historical analysis of the economy, looking at previous periods of British economic history to identify the enabling conditions for our most successful episodes of economic growth. Prescriptions include a new, equitable social contract alongside an intergenerational contract, incentivised and funded through tax changes, to re-establish the ethical principles on which the economic success of the Golden Age was built.

“They each brought their different perspectives to bear on their core idea, that economic growth has been historically highest when collective welfare security is greatest – and their radical plan to incentivise altruistic economic behaviour today.”

The IPPR prize is now one of the largest prizes in the economics profession after the 9m Swedish krona (£760,455) Nobel award from the Swedish central bank and the £250,000 Wolfson prize, which was launched in 2011 by the Tory peer and Next chief executive Simon Wolfson.

The proposals had to ensure fair and sustainable outcomes, including protecting the environment and reducing inequalities. The judges wanted creative thinking on whether the downward trend in the rate of UK economic growth could be reversed, whether it was realistic, desirable and achievable for the UK economy to grow at 3 or 4 per cent in the 2020s.

The family said: “We’re really pleased that, in a world where economics seems to have increasingly veered towards models and mathematical abstractions, this prize has recognised the value of a different approach. Ours looks at history and how it can be applied to today’s practical challenges and brings the insights of political economy to propose a solution to the problems we face, especially the inequalities that threaten our productivity, our well-being and our democracy.” 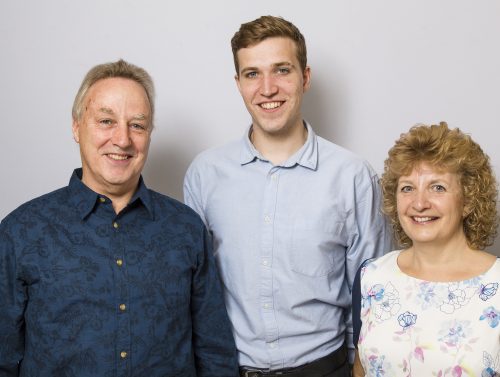