We are delighted to announce the launch of a flagship new University of Oxford lecture series, The Michael Dillon LGBT+ Lectures, which will be hosted at St Anne’s. The series, which is named in honour of our first alumnus, will be at the centre of the University’s commitment to its LGBT+ community and will “help to shape the national and international conversation about LGBT+ issues”. The lectures will be held twice annually and will be given by prominent LGBT+ individuals from outside of academia who have attained positions of outstanding achievement in their fields.

Michael Dillon matriculated at St Anne’s in 1934. He was the first person in the UK to undergo hormone treatment and surgery for a female to male transition between 1939 and 1949; he went on to study medicine at Trinity College, Dublin, and subsequently qualified as a physician. He was also the first white European man to be ordained as a Buddhist monk. More about Dillon’s extraordinary life can be found on the Library blog, here.

The Michael Dillon LGBT+ Lectures will be held here in College; the University hopes to inaugurate them as soon as large gatherings are once again possible, and the first lecturer will be announced in due course.

The Michael Dillon LGBT+ Lectures are organised with Frontline AIDS, a charitable organisation that has been on the frontline of the international response to HIV/AIDS for over twenty years. Their Rapid Response Fund, established in collaboration with the Elton John AIDS Foundation, provides life-saving support for LGBT+ people wherever they are most marginalised around the world. More information about Frontline AIDS is available at https://frontlineaids.org

To mark the creation of this landmark lecture series, the University of Oxford will be hosting an online launch event titled ‘LGBT Rights in a Time of Pandemic’ on Wednesday 18 November at 17:30 GMT. A distinguished panel of guests including:

The panel will discuss the formation of The Michael Dillon LGBT+ Lectures, Michael Dillon’s life and legacy, and the status of LGBT+ rights in this time of pandemic. Introduced by St Anne’s Principal, Helen King, and University Vice Chancellor, Louise Richardson, the event will be chaired by the BBC’s LGBT correspondent Ben Hunte and will be open to all. 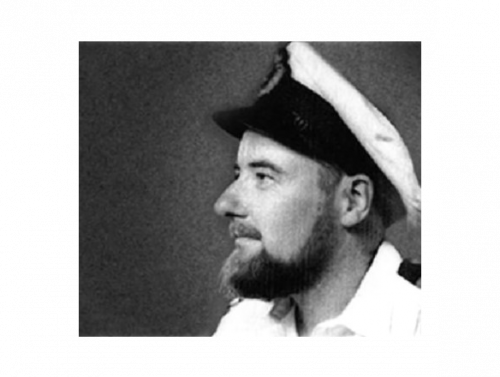