St Anne’s College is saddened to hear that George Steiner – literary critic, Holocaust survivor and Honorary Fellow of St Anne’s – has passed away at the age of 90.

George Steiner was our first Weidenfeld Visiting Professor of European Comparative Literature, holding the post from 1994 – 1995. St Anne’s Fellow, Professor Patrick McGuinness, was a graduate student in Oxford at the time and recalls George Steiner’s impact on Oxford and St Anne’s: “He inaugurated the position with a series of brilliant, wide-ranging and passionately-delivered lectures on European literature. He was also generous with his time, speaking at college events and talking to students, and during his stay in St Anne’s he played a full role in the life of the community.”

George Steiner has been described in the New York Times as “a literary polymath and man of letters whose voluminous criticism often dealt with the paradox of literature’s moral power and its impotence in the face of an event like the Holocaust”. Born to Austrian Jewish parents in France, Steiner grew up speaking French, German and English and later learned Italian. He moved to the USA in the 1940s and then to the UK a decade later, going on to hold visiting professorships at universities including Oxford and Cambridge. Steiner was a passionate advocate of the best in European values, and an equally passionate critic of groupthink, populism, and isolationism.

A full obituary of George Steiner can be found here: https://www.bbc.co.uk/news/world-europe-51366053 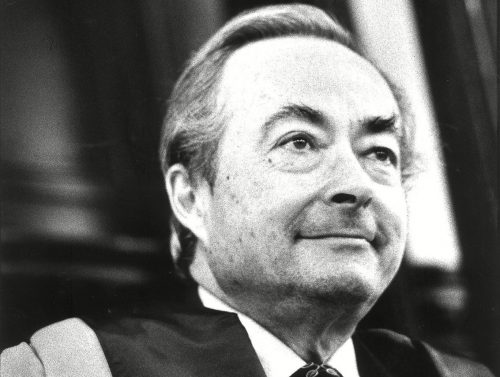