The American Society of Human Genetics (ASHG) has named Sir Peter Donnelly, FRS, FMedSci, CEO of Genomics plc and Emeritus Professor of Statistical Science at the University of Oxford as the 2022 recipient of the annual William Allan Award. Professor Sir Peter is an Honorary Fellow of St Anne’s College since retiring from his teaching role here.

The William Allan Award, which carries a $25,000 prize, recognizes substantial and far-reaching scientific contributions to human genetics, and was established in 1961 in memory of William Allan, MD (1881-1943), one of the first American physicians to conduct extensive research on human genetics and hereditary diseases.

“Professor Donnelly has made extraordinary contributions in our field to improve health and healthcare,” said Charles Rotimi, PhD, president of ASHG. “He has pioneered work in human disease research, transformed the understanding of meiotic recombination, and developed new statistical methods to the benefit of healthcare systems and their patients. In addition, he has been centrally involved in major advances in human genetics over the last 20 years, and in leadership of key projects.”

In their nomination letter, Prof. Dame Kay E. Davies CBE FRS FMedSci, Professor of Genetics at the University of Oxford and Stephen Leslie, PhD, Professor of Statistical Genomics at the University of Melbourne said, “Genomic methods are having a huge impact in clinical medicine in at least two different ways. First, insights into human biology and human disease from large-scale genetic studies are leading to new therapeutic targets for many diseases, with many commentators suggesting that genomics will transform the drug development process. Second, the information in an individual patient’s genome will increasingly be used in clinical practice – there will be a billion people sequenced in the next 10-15 years, almost all in medical contexts. Peter’s work lies at the core of these transformative advances.”

Professor Sir Peter Donnelly is currently the CEO of Genomics plc, a pioneering healthcare company that aims to transform health through the power of genomics. The company, which now employs more than 130 people in the United Kingdom and the U.S., uses an extensive data platform and novel analytical tools in two areas: to understand disease biology and find new drug targets; and to enable a prevention-first approach to managing the common diseases that are the greatest burden for patients and healthcare systems, through powerful disease-risk prediction.

ASHG will recognize this year’s award winners in the weeks prior to the Society’s annual meeting with a series of videos honoring their accomplishments. These videos will also be presented during the meeting, which will be held in Los Angeles on October 25-29. 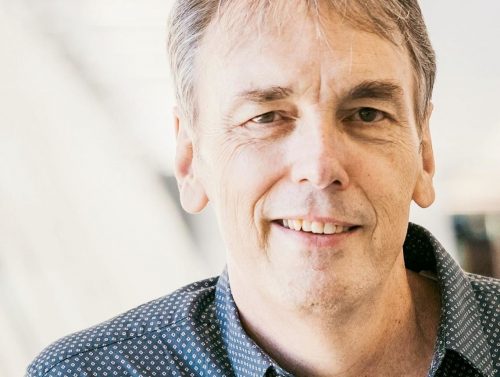