We are delighted to announce that St Anne’s Honorary Fellow, Professor Sir Peter Donnelly, FRS, FMedSci, has been awarded the Royal Society’s 2021 Gabor medal for “pioneering work in the genomic revolution in human disease research, transforming the understanding of meiotic recombination, and for developing new statistical methods.”

The Gabor Medal is awarded annually for acknowledged distinction of interdisciplinary work between the life sciences and other disciplines. The award was created in memory of the engineer Dennis Gabor FRS, Nobel Prize winner and inventor of holography.

Professor Donnelly is Emeritus Professor of Statistical Science at the University of Oxford and an Honorary Fellow of Balliol and St. Anne’s colleges. He was Director of the Wellcome Centre for Human Genetics from 2007-2017.  Following a successful academic career in statistical and population genetics, Peter was centrally involved in the major advances in human genetics over the last 20 years, and in leadership of key projects, including the International HapMap Project, the genotyping of UK Biobank, and chairing the landmark Wellcome Trust Case Control Consortium.

After a glittering academic career, Peter and three colleagues founded Genomics plc in 2014 with a vision of how to bring their research and knowledge of the genomic revolution to the benefit of healthcare systems and their patients. Their aim has been to use world-leading science to power new tools that make a difference in drug discovery and disease prevention. Unusually even for an academic-turned-entrepreneur, Peter stepped into the CEO role to lead the company, which now employs over 100 people in the UK and the US.

Genetics is a major risk factor for all the common diseases and cancers, including cardiovascular disease, diabetes, breast cancer, and prostate cancer. Development of these diseases is influenced by small variations found in thousands or sometimes millions of positions throughout an individual’s DNA.

Peter and his colleagues at Genomics plc have developed powerful techniques to calculate polygenic risk scores (PRS) which quantify the cumulative effect of these variations, giving a single-number score for each disease which captures much of the genetic component of their risk for that disease.

Combining PRS with other non-genetic risk factors allows healthcare systems to identify the millions of  individuals at high risk of going on to develop common diseases,  who are currently invisible to the system. These new tools will allow doctors to get more of the right individuals onto the right pathways for prevention, early diagnosis, or treatment, helping to prevent disease altogether or to catch it early when outcomes are much better. Genomics plc is working with the NHS and other health systems to pilot and test this new approach of ‘Genomic Prevention’.

On the award, Professor Donnelly said:

“I am thrilled, honoured, and humbled to receive this award. All of my work as an academic, and more recently in the private sector, has been highly collaborative, and I have been incredibly fortunate to work with amazing colleagues in both settings. This award reflects all of those collaborative efforts.

I am hugely excited by the potential for genetics and genomics to improve health and healthcare. Properly applied, it can lead to better choices of drug targets and to improve patient outcomes by making the system more efficient, more personalized, more effective, and ultimately more sustainable.

There is a shift, across multiple disciplines, in the amount of outstanding scientific research that is being undertaken in commercial settings. I hope that the fact that this award has gone to someone working in a company will help draw attention to that, especially as early career researchers are thinking about what futures might be best for them.” 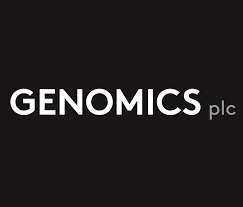