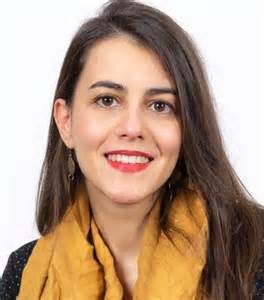 Please briefly introduce yourself and what you are currently doing

I am a Postdoctoral Researcher at the research centre, Oxford Comparative Criticism and Translation (OCCT), based jointly at St Anne’s and The Oxford Research Centre in the Humanities. I am also the Academic Mentor for the recently-launched MSt for Comparative Literature and Critical Translation.

When did you join St Anne’s and how have you found your time at the College?

I joined St Anne’s in 2015, and have enjoyed engaging with different scholars at College, especially over lunches in the communal hall (in a pre-pandemic, non-socially-distanced world, of course!). I feel that within Oxford, St Anne’s is quite unique in its commitment to comparative literature and translation studies, so as a researcher of precisely these subjects I’ve felt quite at home.

What is your specialist subject and how did you become interested in this area?

My forthcoming book, Speaking Politically: Adorno and Postcolonial Fiction (Routledge, 2021), sits at the intersection of critical theory and postcolonial literature. I first became interested in postcolonial literature at the University of the Witwatersrand (WITS) in South Africa, where I completed my undergraduate degree. The WITS English department was, and still is, invested in teaching postcolonial texts, where many of the issues discussed in this type of literature play out in South Africa’s social context. My love of critical theory came later – during my MA at the University of Warwick – where I began reading the work of the Frankfurt School, a specific sociological and philosophical movement. Attending the School of Criticism and Theory – a 6-week summer school – at Cornell University in 2014 was a highlight of my academic career, and consolidated my love of theory. In recent years, particularly after my appointment at OCCT, I’ve become increasingly more focused on comparative literature and translation studies.

Have you joined St Anne’s from another institution? If so where and how do you find the two places differ?

I completed my DPhil at New College, which despite its name is one of Oxford’s oldest colleges. New and St Anne’s are quite different – particularly in terms of architecture! Many of New College’s buildings are of special architectural or historical importance, including the ancient Oxford City Wall. In contrast, St Anne’s is a modern college, with my office located in its newest addition – a modernist cube, the Tim Gardam Building, that was officially opened in 2017. On a less-aesthetically minded note, I entered New College as a student, entirely new to Oxford, whereas at St Anne’s I’m now postdoctoral researcher, familiar with Oxford and its rather individual culture of high tables, gowns, and subfusc.

Did you always know that you wanted to do further study? Did you consider going into academia?

I was always fascinated by literary and philosophical questions, and never found studying tiresome or boring – I liked being able to research concepts or ideas. I moved organically from undergraduate studies to postgraduate studies, and relished doing a doctoral degree where I could pursue a more in-depth appreciation of the critical theory and postcolonial texts I was concerned with at the time.

You are also a published poet. Does your poetry intersect with your academic work?

Strangely enough – yes! My next monograph is on contemporary poetry and the financial crisis, and I’ve already published a journal article on this topic. My new monograph is partly inspired by the fact that some of my poems were featured in Futures: Poetry of the Crisis (Penned in the Margins, 2015), a collection of poems about Greece’s 2008 financial collapse. The publication of these poems has made me think more strongly about this new poetic category and its global dissemination.

What is your favourite place in Oxford?

I don’t think I have one specific favourite place, but I love the various college gardens in the spring and summer months: Magdalen’s cloister is elegantly lined with hydrangeas, Worcester is filled with wisteria, and my old college, New, has beautiful flower beds. Of course, St Anne’s has its own radiant seasonal contribution – magnolia trees and daffodils!