The lecture will take place on Friday 17 June in the Mary Ogilvie Lecture Theatre in St Anne’s College, University of Oxford, from 17:00 and will be followed by a drinks reception.

The lecture will be introduced by Helen King QPM, Principal of St Anne’s College, and Lord Browne will be in conversation with David Isaac CBE, Provost of Worcester College and formerly Chair of the Equality and Human Rights Commission (2016-2020) and Chair of Stonewall (2003-2012).

Registration for the lecture is encouraged, please sign up here.

ABOUT LORD BROWNE OF MADINGLEY

Lord Browne of Madingley is the most senior British businessperson to have come out as LGBT+. He was the Chief Executive of British Petroleum (BP) between 1995 and 2007, where he massively expanded and diversified BP’s core business. Nicknamed ‘The Sun King’ for his management style and taste for luxury, Lord Browne resigned from BP after forty-one years when he was outed by tabloid newspapers and a former partner. He has since written and lectured to improve diversity in the corporate world. As well as chairing numerous businesses, research institutions and cultural venues (from the Donmar Warehouse theatre to the Francis Crick Institute) he served as the President of the Royal Society of Engineering from 2006 to 2011. He was knighted in 1988 and granted a peerage in 2001.

ABOUT THE MICHAEL DILLON LGBT+ LECTURES

The Michael Dillon LGBT+ Lectures are named in honour of Michael Dillon, a St Anne’s alumnus who was the first person in the UK known to undergo hormone treatment and surgery for a transition from female to male. Announced in November 2020 with an online panel event ‘LGBT+ Rights in a Time of Pandemic’, the Dillon Lectures are given by LGBT+ individuals from professions other than academia who have reached a position of outstanding achievement in their field. The lectures, which happen twice yearly, aim to shape the national and international conversation about LGBT+ issues. The inaugural lecture was given by Maggi Hambling CBE in Michaelmas Term 2021. You can watch the online announcement event for the lectures, which features more information about Michael Dillon and our aims for the series by clicking here.

The Michael Dillon LGBT+ Lectures are organised in partnership with GiveOut, an award-winning LGBT+ community foundation enabling LGBT+ people and their advocates to give in one place to support LGBT+ activism worldwide. More information about GiveOut can be found on their website, here. 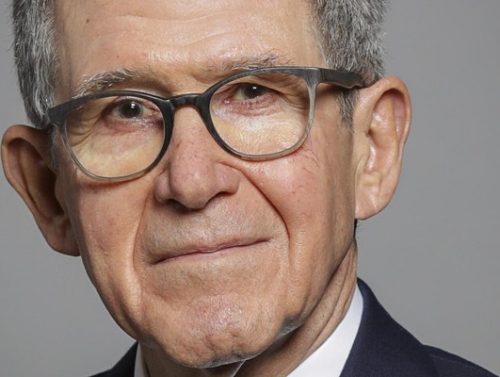