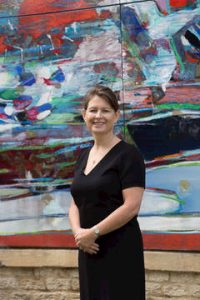 In 1986, after studying Philosophy, Politics and Economics at St Anne’s College, Oxford, Helen King joined the Cheshire Constabulary as a Police Constable. Over 19 years she worked her way from foot patrol in Chester City Centre through a wide range of uniformed and detective roles, including periods as a Senior Investigating Officer, Borough Commander and Head of the Professional Standards Department. In 2005, Helen transferred to Merseyside Police as an Assistant Chief Constable, where she introduced new approaches to strengthen public confidence and victim satisfaction including police involvement in Liverpool’s year as European Capital of Culture in 2008; she also commanded many firearms and public order operations and chaired most of the Force’s misconduct panels.

She was awarded the Queen’s Police Medal in the New Year’s Honours list 2011. In April 2012, Helen returned to Cheshire Constabulary as the Deputy Chief Constable and in 2014 moved to the Metropolitan Police Service as Assistant Commissioner for Territorial Policing, with responsibility for policing in London’s 32 Boroughs, Roads Policing and Criminal Justice (a total of over 20,000 police officers). In April 2016, she held the position of Assistant Commissioner for Professionalism, which includes responsibility for Training and Professional Standards. Having retired after more than thirty years as a police officer, Helen was honoured to become the first police officer to head an Oxbridge College when she returned to St Anne’s as Principal in April 2017.