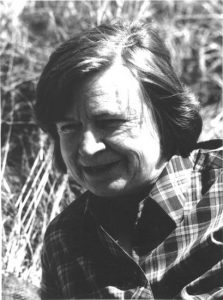 Margaret Hubbard (1924-2011), having taking a first degree in her native Australia, came to St Anne’s from Somerville in 1957 as Tutor in Classics. A classicist of great distinction and international reputation, she worked with R.G.M. Nisbet on the first two volumes (1970 and 1978) of a monumentally authoritative Commentary on Horace. Her book on Propertius in the “Classical life and letters” series was published in 1974. She was prominent in University as well as College affairs, acting as Assessor (then popularly known as “female Proctor”) in 1964-65. She was a Fellow of St Anne’s for 29 years, retiring in 1986.