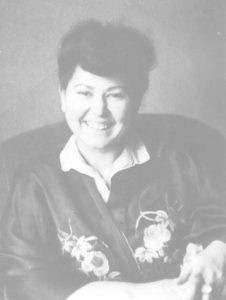 Peter Ady (1914-2004) was an undergraduate at Lady Margaret Hall, and became Tutor (later Fellow) in Economics at St Anne’s in 1947. Her Fellowship was held alongside a University Lectureship in her research area, Development Economics. Her eminence in the world outside Oxford is shown in a commission by the United Nations to advise the Burmese government and prepare a report on its finances (1951), and in her secondment in 1964-66 to the Economics Directorate of the Ministry of Overseas Development. In 1976 she served a term as Director of Queen Elizabeth House and the Institute of Commonwealth Studies. She travelled widely in Africa particularly, and wrote on Ghana’s sterling area as well as producing the Oxford regional economic atlas of the whole continent.